(from the collection of Thomas Kovalak) Thomas Dungey and his sister Sarah in the 1880s. They were born in Virginia, the children of Richard Dungey and Nancy Penn (Pinn).

Their sister Matilda (not shown) married Samuel Hawkes, a freed slave whose photo is shown below.

The Dungey family descends from Frances Dungey, a servant woman who had mixed-race children in Brunswick County, Virginia, in the 1720s.

Like most free African American families who had been free since the colonial period, they claimed Indian ancestry.

An 1890s photo of Napoleon Pompey.

Napoleon was the son of Dawson/ Dostin Pompey, born about 1802, who registered as a "free Negro" in Brunswick County, Virginia in 1823.

The Pompey family descend from John and Ann Pompey who were free in Brunswick County, Virginia in the 1730s. Washington Pompey, his wife Annis Jenkins, and children on their porch in Covert, Michigan about 1900.

Washington was the son of Dawson Pompey. 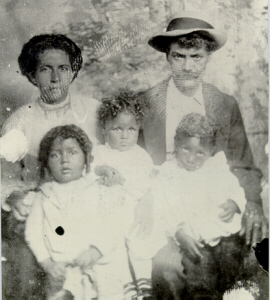 Richard Pompey, his wife Libbie (Olivia) Gilbert, and their children: Harold, Corrine, and Casper, about 1910.

Richard, born in Whitley County, Indiana in 1875, was the son of Zachariah Pompey and Nancy Rickman (sister of William H. Rickman, shown below).

Zachariah was the son of Fielding Pompey, born about 1801, who married Lavina Jeffries, daughter of Herbert Jeffries of Brunwick County, Virginia.

Libbie Gilbert was the daughter of a white woman and an African American man. 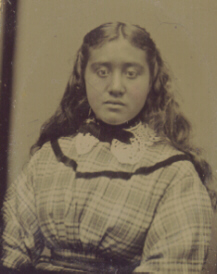 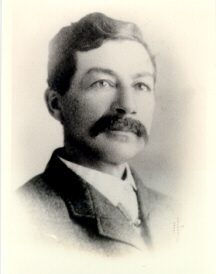 They were born in Calvin Center, Michigan, the children of Uriah Rickman and Sarah Dungey, and the grandchildren of Peter Rickman.

The Rickman family probably originated in Halifax County, Virginia, during the colonial period. John and Nicholas Rickman were heads of "other free" households in Stokes County, North Carolina, in 1800. The Day family of Southampton County most likely descended from Mary Day, a white indentured servant woman of Northumberland County, Virginia, who had a child by a free African American man in 1692.

Martha Hawkes was the daughter of Samuel Hawkes, a former slave. 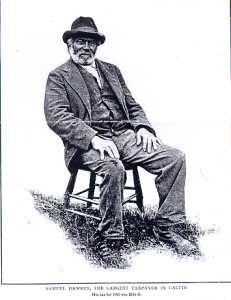 Samuel Hawkes, a former slave who was freed in Nottoway County, Virginia about 1836.

He moved to Gallia, Ohio, and then to Calvin Center, Michigan, where he was reported to have been the largest taxpayer.

He married Matilda Dungey, sister of Sarah Dungey who is shown on the first page of these photos.

Much of the nineteenth century genealogy for the above photos was taken from (rejected) Eastern Cherokee claims filed in 1907 [Files 35279, 35283].

Tom Kovalak, the owner of these photos, can be contacted at: